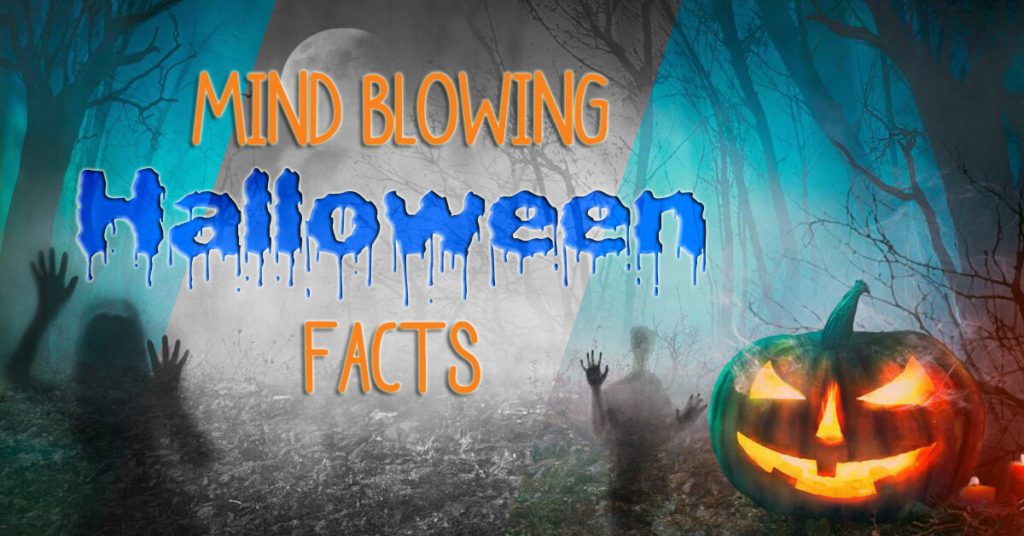 Here are 8 super weird things you didn’t know about Halloween.

Who know there was more to this celebration than candy and costumes!

A big thanks to Huffpost for the great article! 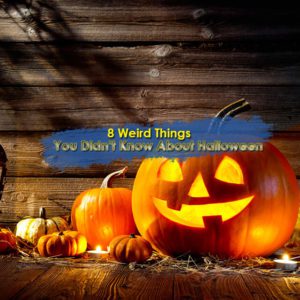 You may already think that Halloween is a pretty bizarre holiday: What other celebration could inspire both a Sexy Olaf costume and spooky drones? That said, sexy snowmen can’t hold a candle to Halloween’s truly bizarre origins (even if that’s just because a snowman would melt if it held a candle). Chances are you really have no idea just how weird Halloween truly is, so here are eight facts to fix that…

Originally, you had to dance for your ‘treat.’

Most experts trace trick-or-treating to the European practice of  ‘mumming,’  or ‘guysing,’ in which costume-wearing participants would go door-to-door performing choreographed dances, songs and plays in exchange for treats. According to Elizabeth Pleck’s ‘Celebrating the Family,’ the tradition cropped up in America, where it would often take place on Thanksgiving.

In some early versions of trick-or-treating, men paraded door-to-door, and boys often followed, begging for coins. Most of these early trick-or-treaters were poor and actually needed the money, but wealthy children also joined in the fun. Door-to-door ‘begging’ was mostly stopped in the 1930s, but re-emerged later in the century to distract kids from pulling Halloween pranks.

Halloween’s origins come from a Celtic festival for the dead called ‘Samhain.’ Celts believed the ghosts of the dead roamed Earth on this holiday, so people would dress in costumes and leave ‘treats’ out on their front doors to appease the roaming spirits. Granted, the Celts were not solely based in Ireland when these customs started taking shape around the first century B.C., but as will be talked about more in a later section, the Irish Celts were the ones who invented the jack-o’-lantern. This Halloween prototype was eventually disrupted and adapted by Christian missionaries into celebrations closer to what we celebrate today, including partly by the not-Irish St. Patrick, whose work was later mostly recognized by Americans.

“St. Patrick’s Day was basically invented in America by Irish-Americans,” said Philip Freeman, a classics professor at Luther College in Iowa. According to National Geographic, the holiday was only a “minor religious holiday” until the 1970s in Ireland. So it’s not all that Irish. And for what it’s worth, St. Patrick probably wasn’t Irish himself, his colour was a type of blue, not green, and that story about banishing snakes is actually just a metaphor for his triumph over Irish paganism. The type of paganism that invented Halloween.

If you’d been around for the earliest Halloween celebrations, you might have worn animal skins and heads.

According to ancient Roman records, tribes located in today’s Germany and France traditionally wore costumes of animal heads and skins to connect to spirits of the dead. This tradition continued into modern day celebrations of Samhain, the Celtic holiday that inspired Halloween in America. On this day, merry-makers often dressed as evil spirits simply by blackening their faces. The leader of the Samhain parades wore a white sheet and carried a wooden horse head or a decorated horse skull (a modern Welsh version of this costume is shown above). Young people also celebrated by cross-dressing.

Jack-o’-lanterns were once made out of turnips, beets and potatoes — not pumpkins.

The jack-o’-lantern comes from an old Irish tale about a man named Stingy Jack. According to folklore, Stingy Jack was out getting sloshed with the Devil when Jack convinced his drinking partner to turn himself into a coin to pay for the drinks without spending money. Jack then put the Devil, shaped like a coin, into his pocket, which also contained a silver cross that kept the Devil from transforming back. Jack promised to free the Devil as long as the Devil wouldn’t bother him for a year, and if he died, the Devil could never claim his soul. Jack tricked the Devil again later, getting him to pick a piece of fruit out of a tree and then carving a cross into the bark when the Devil was in the branches. This trick bought Jack another 10 years of devil-free living.

When Jack finally died, God decided he wasn’t fit for heaven, but the Devil had promised never to claim his soul for hell. So Jack was sent off to roam Earth with only a burning coal for light. He put the coal into a turnip as a lantern, and Stingy Jack became ‘Jack of the Lantern’ or ‘Jack o’ Lantern.’ Based on this myth, the Irish carved scary faces into turnips, beets and potatoes to scare away Stingy Jack or any other spirits of the night.

Halloween used to be a great day to find your soulmate.

In some parts of Ireland, people celebrated Halloween by playing romantic fortune-telling games, according to Nicholas Rogers’ “Halloween: From Pagan Ritual To Party Night. “These games allegedly predicted who they’d marry, and when. Since Halloween, like Valentine’s Day, was one of the main celebrations of the year where young people could mingle with the opposite sex, it was also considered a good day to scope out a sweetheart. In America, young people, particularly girls, continued the old Irish tradition. Games, like bobbing for apples, tried to predict future romances, according to the “Oxford Encyclopedia of Food and Drink in America.”

In a few American towns, Halloween was originally referred to as ‘Cabbage Night.’

This came from a Scottish fortune-telling game, where girls used cabbage stumps to predict information about their future husbands. In the early Framingham, Massachusetts, teens skipped the fortune-telling and simply went around throwing cabbage at their neighbours’ houses, according to Framingham Legends & Lore. This was no isolated tradition: In late 19th century America, country boys reportedly rejoiced in throwing cabbage, corn and assorted rotten vegetables, according to ‘Candy: A Century of Panic and Pleasure.’

Some animal shelters won’t allow the adoption of black cats around Halloween for fear they’ll be sacrificed.

It’s unclear whether black cats are actually sacrificed around Halloween, but various animal shelters refuse to let people adopt these cats in the lead-up to the holiday. Lynda Garibaldi, director of The Cats’ Cradle in Morganton, North Carolina, told The Huffington Post that the shelter “does not adopt out black cats during the month of October … because of superstition and the concern that the wrong people (who might harm them) might adopt them.”

This type of ban is starting to wane, however. When reached for comment, Emily Weiss, vice president of Shelter Research and Development at the ASPCA, said, “Years ago, this used to be pretty common — that shelters would not adopt out cats during Halloween for fear of something horrible happening to the cats, but we don’t hear too much anymore. And many, many shelters are actually [holding] a special black cat promotion around the holiday.”

ASPCA provided this list of a few of the black cat adoption promotions that have been tied to the holiday. As Weiss put it, “Most people who go to shelters to adopt a pet are not going to adopt a pet to sacrifice into a ritual.”

As io9 points out, putting costume-wearing kids into groups and introducing a clear object of desire, such as candy, has been shown to lead to ‘deindividuation.’ This psychological term explains what happens when a group of maturing young minds begins to care less about the consequences of their individual actions, leading them to do things that they might not do alone.

One study, in particular, found that unsupervised costumed children in groups were far more likely to steal candy and money than both non-costumed kids and children not in a group. Another similar study found that masked children were significantly more likely to take more Halloween candy than they were supposed to if they believed there was no adult supervision.

Feel free to browse through our website to view all of the superb holiday accommodation units that we have on offer.

We invite you to leave us a FACEBOOK RECOMMENDATION or GOOGLE REVIEW.

We want to see you, our extended family @leisureletting

Posted in Put a smile on your dial

View the Unit
Scroll To Top
Open chat
1
Powered by
Hi! Thanks for visiting us!

How can we help you?